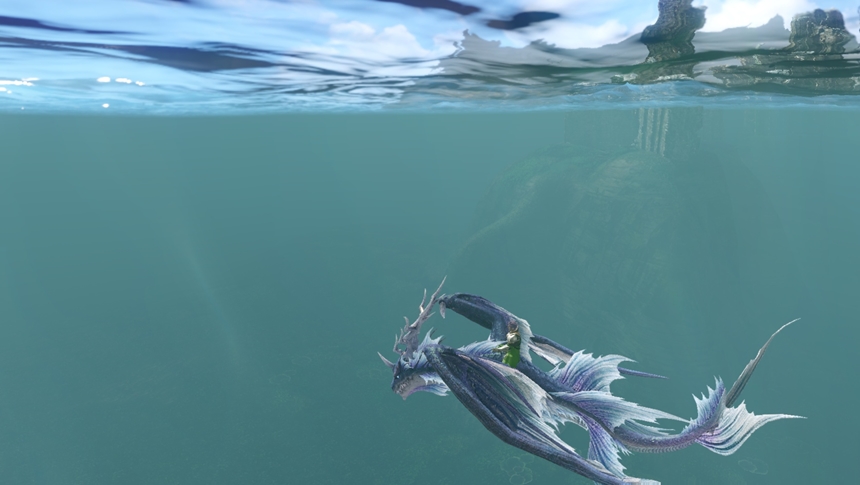 To show respect and appreciation for the gifts of the sea, it is tradition for respectable fishermen to share their daily catch, by releasing a fish back into the ocean, so the guardians of the sea may feed on it.
Reefstalker Wyrms have learned to take full advantage of this ritual and in the procress became accustomed to humans.
• Amphibious Mount
• Grade: Lv.4 Arcane
• Level on Acquisition: 50
• Can only be equipped with Reefstalker Armor.
• Binds when unwrapped.
SkillsReefstalker Wyrm has the following skills