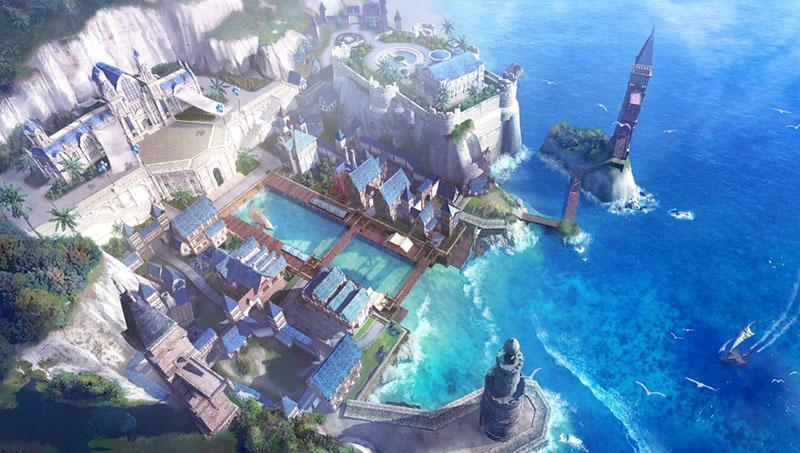 Team Requirements
Equipment Points 7500 or more in Level 1-25 / 8500 or higher in Level 30+
2 Melee (Recommended Bloodreaver)
2 Magic (Recommended Fanatic or Spellsinger)
1 Healer (Recommend Confessor)
PS. This team is organized with friends and can be changed as convenient
The importance of each Melee type’s role is to center the enemy and stop their movement. While both mages use wide spells to quickly kill enemies and the Confessor is responsible for buffing up damage and for the team, the Confessor will be a key factor in completing 25 and 30 Healing stages.

Dungeon Noryette Challenge. It is a form of eliminating enemies within the time limit. If your team is able to defeat the enemy in the first attempt within 2 minutes, it will skip the level to the next difficulty. For example, if you can defeat the enemy in the first round within 2 minutes, your team will jump in the round. At 5 without eliminating enemies in tiers 2, 3 and 4, but at the same time, if your team doesn't pass that difficulty the first time in the time limit or fails, then the next round will have to be eliminated. Any Up to the next difficulty level with time skipping 5, 10, 15, 20 etc.

Techniques are recommended in round 1-30 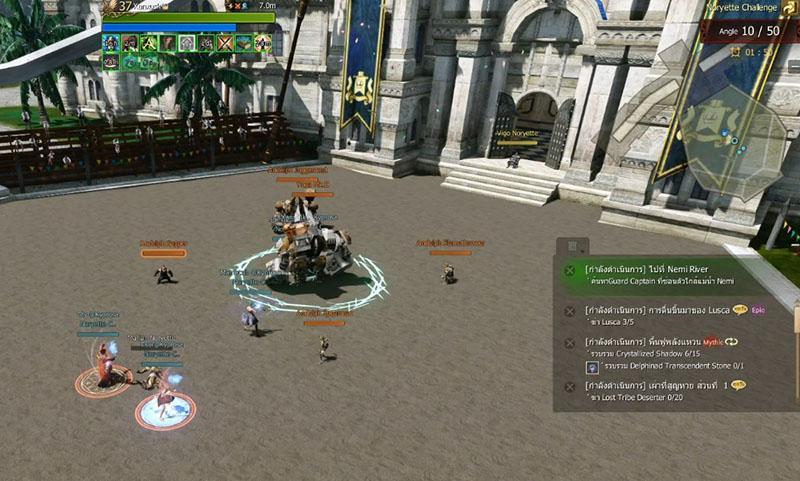 During rounds 1-24, I must say that there is nothing more than a splash of damage to kill enemies without Melee. Has the Vicious Implosion skill to pull nearby enemies. Come in and make a stop motion By timing to match the magician with Meteor skill to eliminate minions of the mini boss on the difficulty level. Get out quickly.

If Melee's side is in tune with the magician's skill, the mini-boss remains. Now we are going to deal with it easily, there is nothing difficult as the Healer's side keeps buffs, increases attack power and restores them comfortably. 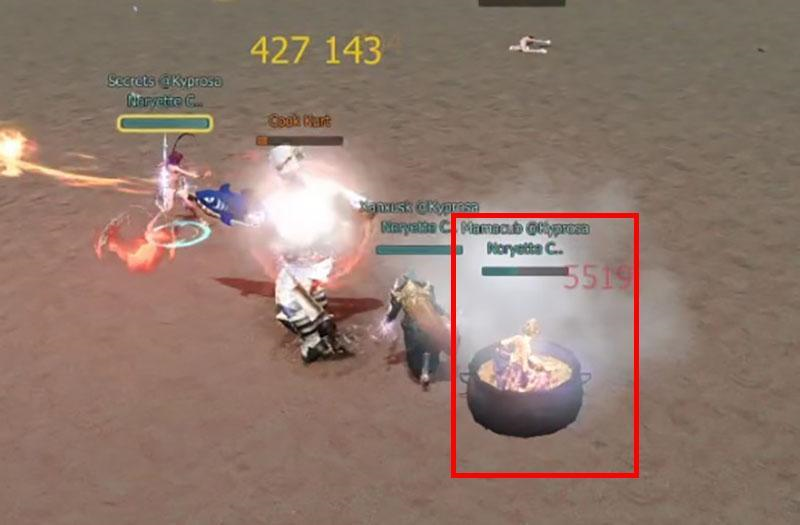 Round 25th floor, brutal chef mini-boss Cook Kurt. Team should observe and clear debuffs. Once a teammate is being boiled in the pot, HP will constantly decrease. To resolve this, you can use the following Skills:

If Confessor fixes Debuff immediately, restoring teammates and buffs such as Battle Hymn can pass. 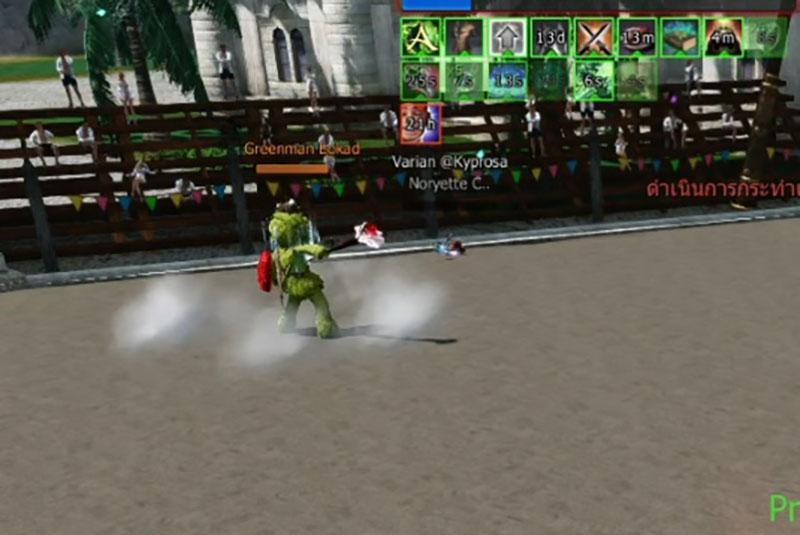 Round 30th floor, the brutal doll Greenman Eokad will have a point for us to observe to eliminate 2 mini-bosses together, the moment when the mini-boss Greenman Eokad raises a weapon to point to our face. 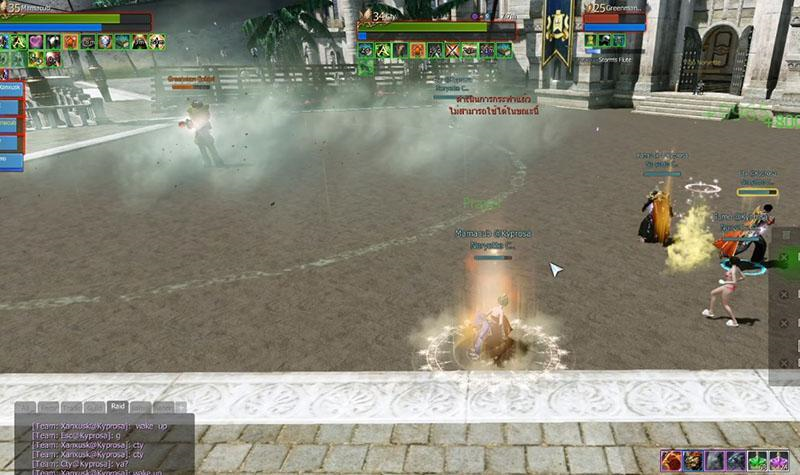 And the moment the Boss blows the wind skill, causing severe damage, do not get into the circle of a broken storm. This can be fixed by having Melee perform a CC (Crowd Control) such as Stun or knock it down.

In Round 30, if we understand the timing of these 2 bosses, they will be able to pass easily. After passing it, we will get an intermediate box in Rank 7. Open it up to get some good stuff The author recommends only 1-30 only because it has been through this. The Noryette Ring and Noryette Earring are among the end-game items that deserve to be brought along as upgraded rings. You may upgrade your Noryette Accessories By using items "Mysterious Abyssal Enhancer" and "Unidentified Abyssal Enhancer", which can be found commonly from playing instances such as Abyssal Library, Golden Plains Battle, Noryette Challenge, etc.

Accessory upgrades are like Hiram set upgrades, but be warned that they cost a lot of money. Before doing so, make sure to have a lot of money to spend. Don’t give in to greed. Money flows very quickly. 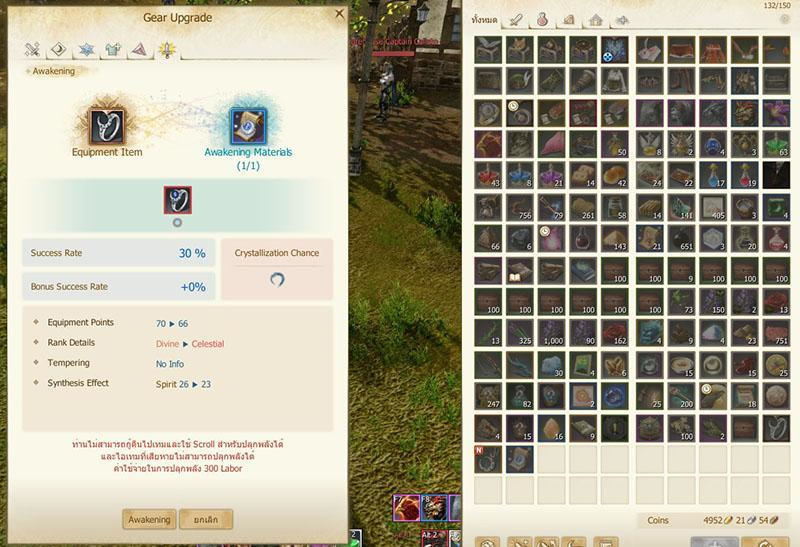 In the first awakening, it is necessary to upgrade the Noryette Ring or Noryette Earring to the Divine level in order to be able to awaken the Eternal level. 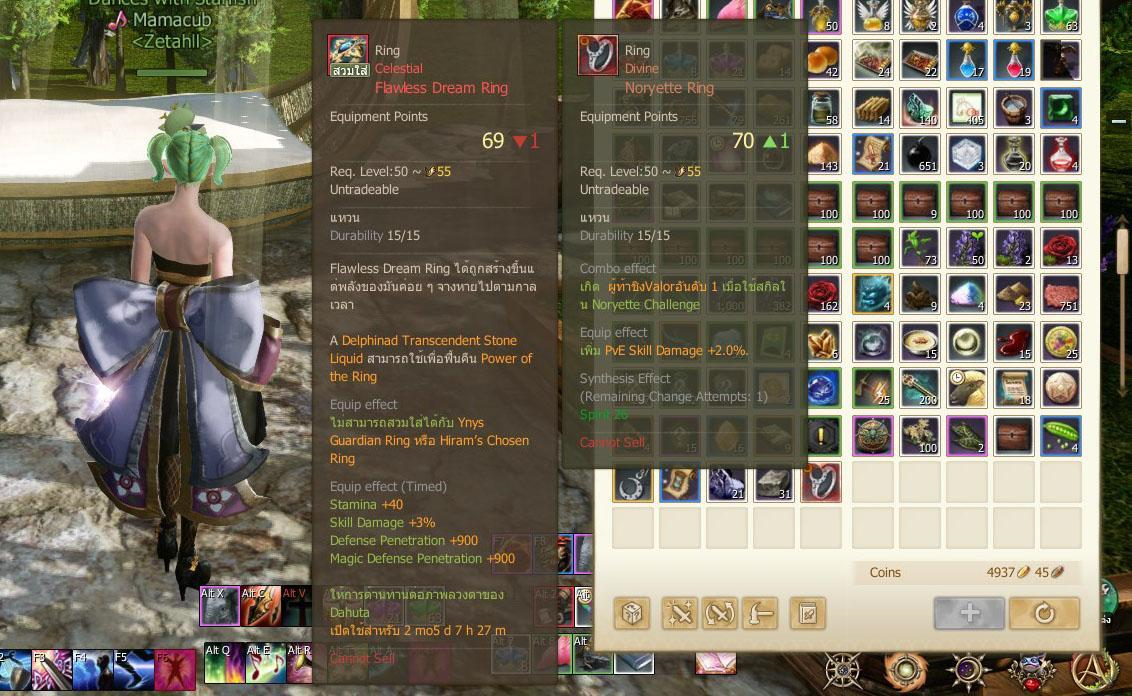 If Awakening fails, the item will be crystallized. Use Decrystallization Scroll to remove the effect. Item can be purchased in the Honor Points Shop for 10000 Honor Points. 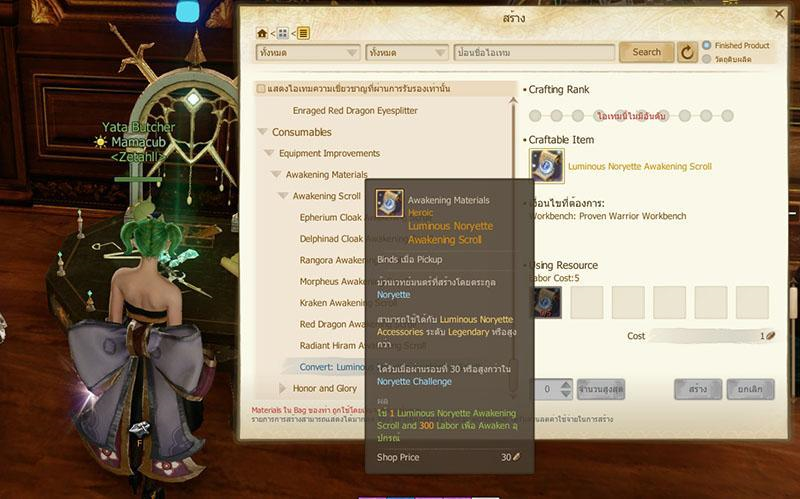 The Noryette Awakening Scroll can be obtained from the Noryette Reward Crate and crafted at the Proven Warrior Workbench in the Hero Hall (Faction Base).
List
1 2 ... NEXT