Greetings, Heroes of Erenor!
This is Yong-Jin Ham, Producer of ArcheAge at XLGAMES.
In today's message, I would like to introduce to you the upcoming updates in the 2nd half of 2021 for the Asian region service.
Firstly, in the upcoming October update, we will be introducing changes to the Golden Plains Battle, new Auroria contents, and various convenience features such as cross-server chat system. As I previously discussed in last Developer's Message, we are in the process of narrowing the gap between the Korea version and the Asian region version; we expect the upcoming October update to further reduce the gap.
In the 2nd half of 2021, a new skillset [Pleasure] will be added. The new skillset [Pleasure] is a heal-based skillset unlike the latest skillset, Gunslinger. We feel the addition of [Pleasure] skillset will offer a diversity to the players’ gameplay experiences.
Kindly understand that as we have just added the new skillset Gunslinger in July, UI of [Pleasure] will be only partially available in the October update; it should be fully included and available in the December update.
Please refer to the following for more details on the upcoming October update.
October 7th Update

- Instance: Skyfin Nest
- Auroria Resource Purification
- Guild Improvement
- Cross-Server Chat(Beta)
- Convenience Improvement: Folio Bookmark
Instance : Skyfin Nest
The Golden Plains Battle instance will be revised to Faction Honor Battlefield. The venue of the Faction Honor Battlefield will be randomly chosen between Skyfin Nest and Halcyona. The victory conditions still stand, however, the battlefield of Skyfin Nest is of canyon terrain unlike the open field of Halycona, and we assume battles will unfold themselves quite differently from those in the Golden Plains Battle. 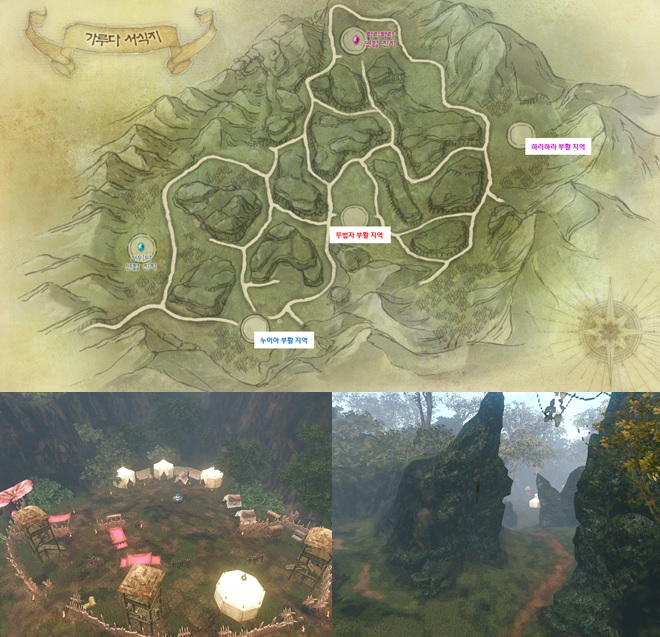 (Picture) New Faction Arena, Skyfin Nest
There are three main characteristics of the Skyfin Nest - short distance between the bases, various routes, and limited vision. As it has short paths and a narrow radius, rotation becomes more important than combat management. With various attack routes to choose from, strategic gameplay is possible. We look forward to providing a unique experience that differs from that of the Golden Plains Battle which requires concentrated firepower to win a battle.
Auroria Resource Purification 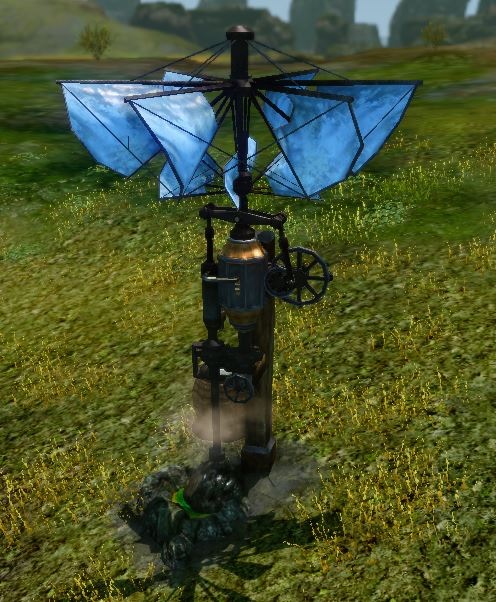 (Picture) Territory Mining Drill
You can sell the trade pack acquired by destroying the enemy faction’s mining drill to the Relic Merchant or you can deliver the trade pack to the territory to stack more gold into the income when your faction owns the territory.
Guild Improvement & Guild Content
As you can experience in raids, RvR content, etc., competition between factions is quite distinctive and important in ArcheAge. Therefore, ArcheAge naturally fosters great bond within the faction but somewhat lacks motivation for the bond within guilds. To complement this, the guild system will be improved step by step starting from the 2nd half of 2021.
First, we will provide the selection for guild buff by subdividing the buff per guild level. Based on the system in which the activities of guild members lead to the growth of the guild, the guild members can level up the guild via the various daily & weekly missions.
In addition, the meaning and function of individual prestige will be changed to guild prestige. Items that can be purchased from the guild shop will be sold in other shops, and items exclusive for guild and guild members will be available to be bought with 'guild prestige' that will be shared currency. You will be able to exchange accumulated guild prestige to other currencies.
After that, we are planning to add Housing exclusive for Guild and we will continue to provide additional guild contents.
Cross-Server Chat(Beta)

Cross-Server system is applied in the Garden, some Instances, arenas, raids, and Auction Houses.
There are various contents based on the Cross-Server but we lacked a system where players can communicate with fellow players in other servers. Therefore, we added the cross-server chat channel where you can communicate with players of other servers real-time.
Just like the existing chat system, type the '/Cross-Server' at the chat window to enter the channel, and the chat is still affected by the language proficiency.
In addition, you can share the link of URL, item, and team recruitment via cross-server chat.

(Picture) Cross-Server Chat Channel (ArcheAge Korea)
As this is a channel a lot of players can see, chatting in the cross-server chat channel is only offered as one of the 'ArcheLife Benefits' considering possibility of abuse and chat functionality.
Since a lot of players enjoy playing ArcheAge in different languages, we are developing the on/off function for each language as the chat channel can be very confusing if multiple languages are spoken. On/off function for each language of choice at the launcher before executing the game will be prepared and made available in the near future.
(e.g. if you select EN / TW in options, only EN / TW languages will appear in chat.)
Our goal is to add this function in October, however, please understand that it could be delayed depending on the development schedule.
Furthermore, reporting inappropriate language is possible in cross-server chat, and we need your help in making a healthy community environment.
Convenience Improvement

1. Folio Bookmark
You can gather and craft various items in ArcheAge. However, we will add the Folio Bookmark feature for those who forgot the materials they need or experience inconveniences with the accessibility to their frequently used folio.
You can bookmark up to 30, and you can easily find your folio via the bookmark button anytime and anywhere. 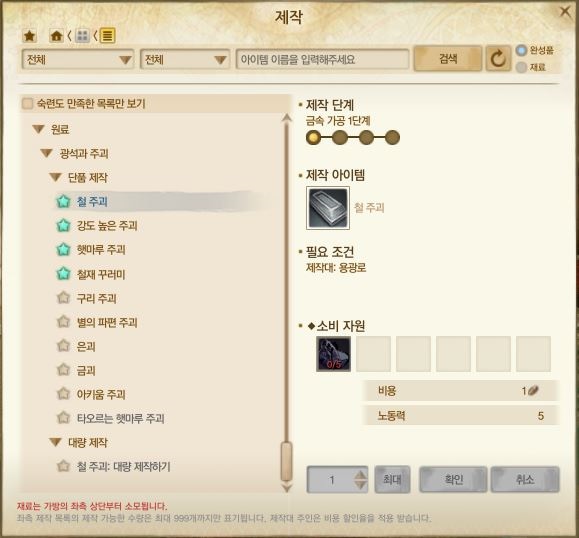 (Picture) Folio Bookmark (Based on Korea)
2. Expansion of Odd Eye Customization
Nuians, Elves and Harani can customize an odd eye, which was previously available for only certain races. 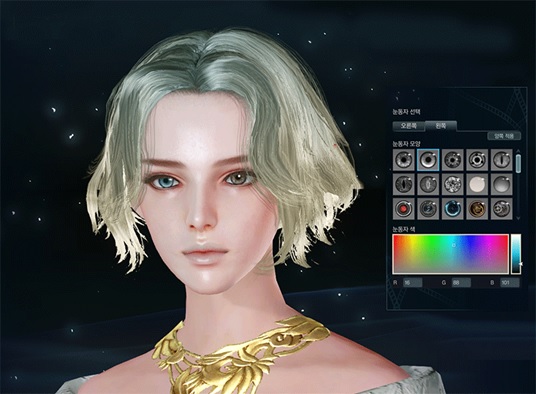 (Picture) Odd Eye Customization for Elf Character (Based on Korea)
Wrap-Up
That’s the update plan for the 2nd Half of 2021.
The updates introduced above will be released on October 7. In addition to the October update, there will be a new skillset [Pleasure] as well as other promotions for players. Furthermore, stay tuned for the upcoming convenience improvement update of ArcheAge.
We will put our full effort to return your love and support. Thank you.
List