Greetings, Heroes of Erenor!
This is Yong-Jin Ham, Producer of ArcheAge at XLGAMES.

It’s been a while since our last message in July.

In today’s message, I would like to introduce to you the upcoming updates in December 2021 and January 2022, as well as news on the imminent server merge and our plans for future updates.

There will be many improvements besides the addition of new skillset so I hope this could provide you with a progression goal and fun when playing ArcheAge.

'Black Thorn Prison' is an upgrading dungeon (max 5 players available). It can be upgraded up to Stage 12 , and more rewards are available from higher stages.
When you complete the dungeon, you can obtain the "Black Thorn Key" and exclusive infusion, "Black Thorn Infusion". And this “Infusion” can be used as a synthesis material to upgrade the “Black Thorn Key” up to Level 12 . 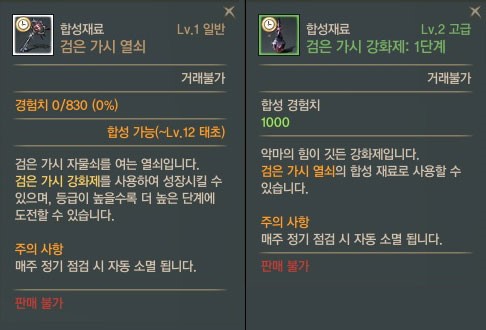 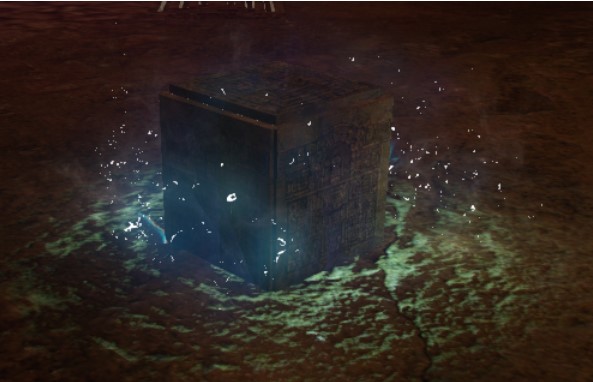 Upgrade progress of ‘Black Thorn Prison’ will reset at every week’s scheduled maintenance, and obtained "Black Thorn Key" and "Black Thorn Infusion" in possession will disappear.

There are two gates  in the dungeon, and each gate will lead you to three different rooms. However, you can’t select the room, and the room will be randomly chosen when you enter the gate.

When you defeat the boss in the room of the first gate, a door where you can return to the ‘Black Thorn Lock Room'’, and the second gate will be opened.

When you defeat the final boss in the room of the second gate, you can complete and leave the dungeon.

As mentioned earlier, you can obtain more gold from the higher stages of the dungeon. EXPs can also be obtained through related weekly quests, so I recommend you complete them together.

We hope that the ‘Black Thorn Prison’ experience will be a new challenge for you.  We challenge you to try the dungeon.


There will be a Spelldance skillset update on January 2022.

In Korea, the Spelldance skillset was introduced before the Black Thorn Dungeon. However, the schedule in the Asian region has been adjusted in consideration of localization, such as Gunslinger skillset update progress, balance, etc.
1. Introduction of New Skillset, Spelldance

The skillset, Spelldance symbolizes ‘Naima’ who is one of 12 first adventurers, and it is based on the ‘Healing Power’. This skillset shows its presence on the battlefield by its brilliant dances as if proving that Naima was the ‘Dancer of the Misak-tribe’.
Spelldance skillset uses its independent combat resources of 'Happy' and 'Sorrow' . ‘Happy’ increases when using beneficial skills on Allies. On the other hand, ‘Sorrow’ increases when using harmful skills on enemies. Stack of combat resources will affect the effectiveness of skills.

Spelldance has an advantage in large-scale and small-scale wars than 1:1s. The skill themselves are simple and easy to operate. However, the utilization of skills varies when skills are used with the sympathy skill. We expect it to greatly influence the battlefield following the positioning and decision-making.

A variety of skills that focus on individuals and dance skills with an area of effect are the main skills. These skills will give courage to allies to defeat enemy factions and greatly reduce their chances of survival by distracting enemies.

Spelldance also has weaknesses. When you start dancing, you will not be able to move, so you will be easily exposed to the enemies and be under fire from enemy factions.

However, just like Naima, who sacrificed herself, we expect huge cataclysm by self-sacrifices in the battlefield.

1. Removal of Personal Trade Fees (applied on December 16)
Currently, a 20% fee is applied on personal trades and mail trades in the Asian Region Service. As a result of monitoring the economic status and trends in Asian Region Service including Korea, we confirmed that fees are not functioning as we intended, but rather cause an inconvenience and reduce the circulation of gold as certain items replace the currency.
* With the December update, we are planning to remove the personal trade and mail fees.
In addition, for a healthy game economy, we plan to find appropriate ‘gold sinks ’ for all content and continuously adjust the supply and demand of currencies.

Income from Trade Pack crafted with "Blue Salt Bond" will be adjusted.

The Blue Salt Pack was intended to enable you to obtain gold easily by spending more labor without being bound to the value system for players who have no time to spend.

In addition, it was not our intention for players to load many trade packs beyond the general supply and demand of Blue Salt Bonds and sell them quickly. Therefore, we thought about applying the value system on Blue Salt Pack, but it will damage our intention of introducing the pack.

Therefore, we will fine-tune the sales income of the trade pack to slightly lower the overall income on this update.

Furthermore, there will be a big improvement in commerce content. More than just improving the convenience of commerce, we will improve each specialty to have its unique characteristics and be used strategically according to players’ play environment and taste.
Server Merge and New Server Plan Announcement – January 2022

We want to inform you about the server merge that players have been suggesting via various channels.

Through continuous monitoring and analysis of each server, we checked various elements such as the character growth gap and in-game community trends depending on the server condition and when the respective servers were first opened.

We concluded that it is the right moment to merge the servers, and the server merge will be held on January 6, 2022.
In the case of the recently added Morpheus server, we are planning to carry out continuous care, including the opening of the Garden contents scheduled for November 25. Furthermore, we will also continuously monitor the server condition of the Gene server.

After the January 6 merge of Nui and Tahyang, a fresh start server is also planned for the players who want to start in the same start line, and we will announce details via further notice.
Wrap-up

It’s already been a year and a half since the beginning of the Asian Region Service. After introducing direct service in Taiwan and SEA region, we are putting our effort to communicate more and carefully listen to opinions from various players.

When we first introduced the service, it was disappointing that the update gap between the Korea version and the Asian region version was broad due to the development and translation issues. Currently, the gap has been narrowed, but the development team is doing our best so that we can introduce be as simultaneous as we can be with the update schedule of Korea, targeted for the third quarter of next year.

Furthermore, we will continue to update the game in terms of convenience so please look forward to it.

I will talk to you again in the next message. Thank you.
List