Greetings, Heroes of Erenor!
This is Yong-Jin Ham, Producer of ArcheAge at XLGAMES.
In today’s message, I would like to briefly inform you about the new regional updates in Asia Region and one-build service.
In the previous message, I mentioned about narrowing a gap between Korean Service and ASIA Service in service version updates. The last update in Asia Region was made in early June, and that version was the same as the Korean version at the end of March, with two months gap. To reduce this gap and provide services with the same version and simultaneous updates as in Korea, we decided to support one-build service.

One-build service will be provided in coming October, and contents that have not been updated in the meantime will also be updated. In the one-build version to be released in October will include ‘Great Prairie of the West’, ‘Guardian Scramble’, ‘Guild Instance’ and many other improvements, as well as many other new items which will be released sequentially. By providing the one-build service, some of the in-game English text will be changed.

Let me introduce the contents to be included in the one-build version.

▲ The Great Prairie of the West is located on the southeastern side of the Hiram Mountains
surrounding the Navel of the World.
With the Hiram Mountains blocking the west side, the prairie's ecology has been stable,
away from external influences, and the warm-climate vegetation has kept the animals well fed.
Back during the times of Auroria before the exodus, the Firran inhabited this place.
For nomad Firran, this giant prairie was a great place to make their eternal lands.
The words of the Firran's hero "Tahyang," said two thousand years ago, before his final battle
that he would return to the Great Prairie, it is the dream of today's Firran to reclaim this place. 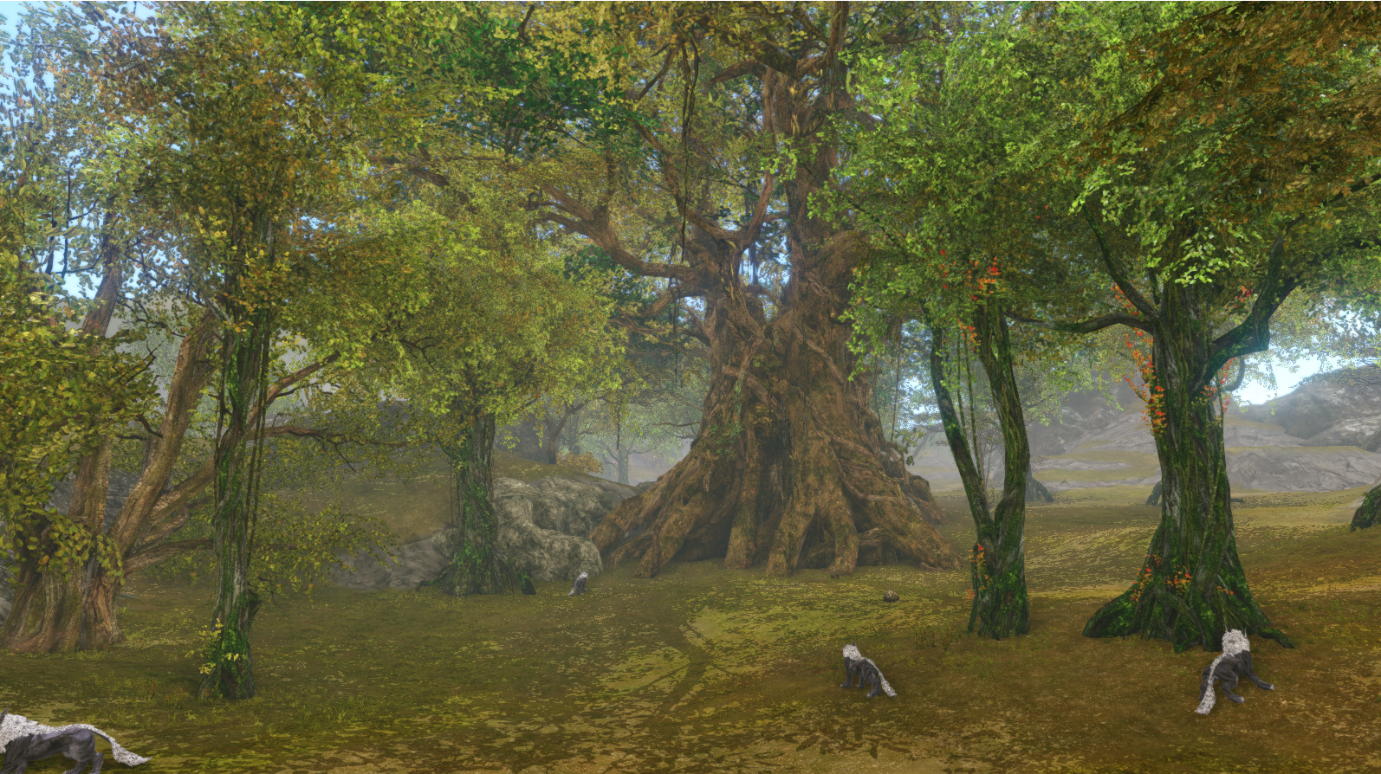 ▲ The "Wildflower Forest" is made of trees that feed on the mist and dew from the Hiram Mountains.
The mist and dew containing the energy exuded from the Navel of the World are said to
have given a magical power to the herbs of this land.

▲ The "Forgotten Spike" is located at the center of the Great Prairie of the West,
but the reason behind its existence is unknown even to the Bards.
However, because its shape is similar to that of the spike used by Tahyang,
you might face yet another legend of the Firran once the lost story is recovered.

▲ In “Terena”, there are the remains of an architecture you don't see in the Firran architecture.
These remains are greatly damaged because of age, but they still preserve the traces of the Epherium Kingdom
who once subjugated the Firran.

There are also traces of ancient Firran tents with faded bloodstains that seem to indicate
this place was used as temporary housing for captured Firran by Epherium Occupation Forces.
The fact that many Firran were sacrificed by Anthalon's magic is historically recorded. 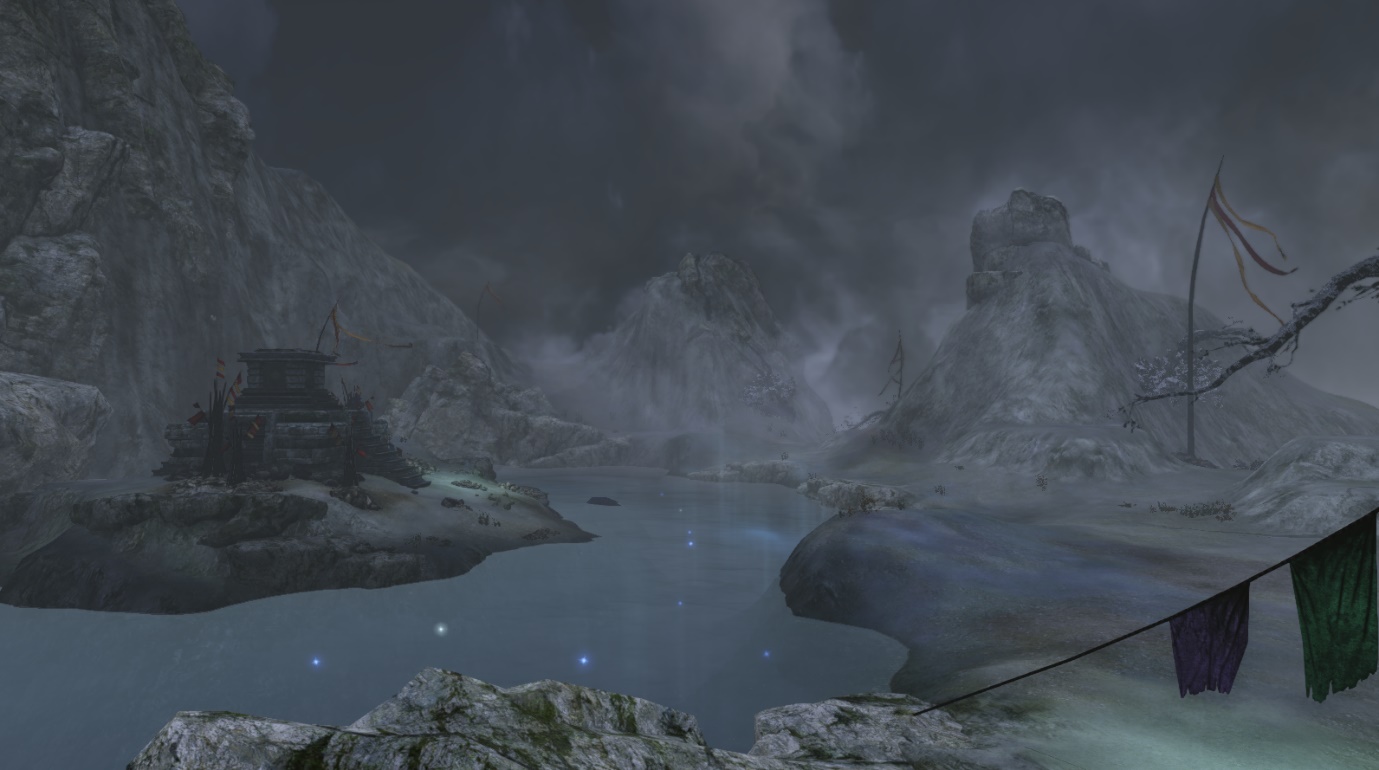 ▲ The soaring mountain in the Great Prairie is called "Plains Eye."
This place was where Tahyang gathered the Firran upon discovering the world ravaged by war because of Kyrios.

It was at this moment that someone, watching Tahyang and his people climbing the mountain,
said that they were like "the whip of the wind," as the sunlight reflected
on the snowlion’s mane had the shape of a whip.
Hence the group born from this gathering later received the name of "Windwhip."
The Firran performed their rituals to the sun-father at this place and considered it sacred,
and their altar still remains here.
It is indeed a historically important place for the Firran.
Guardian Scramble

▲ There are 6 Guardian Totems around the center of the Great Prairie of the West.
The totems do not usually reveal their power, but when war is imminent, the power of the guardians is gathered,  activating the totems, and wild guardians make their appearance.
Each faction (Nuian, Haranyan, and Pirate) can summon its guardian by offering
"Traces of a Wish" to the Guardian Totem upon defeating wild guardians.

▲ When battle begins in the Great Prairie of the West, the factions dispatch archers to the bases for Guardian  Scramble.
When the archers are placed, the bases become faction resurrection locations and
has Guardian Scramble related mission NPCs spawn.

▲ Traces of a Wish is the crystallization of the blood and yearnings of the Firran warriors
who fought in the Terena war.
You can find them in various forms. Some have seeped into ores, while some became highly condensed crystals.
Defeat wild guardians and make offerings to your totem to call your faction's guardian
or grow your summoned guardian.
Guardian Scramble - Guardian
Guardians are the centerpiece of Guardian Scramble who are both your ally and targets for the enemy.
Guardians are randomly summoned and can only be summoned or commanded by Faction Heroes.
Giving a certain number of Traces of a Wishes to the summoned guardian allows them to grow into a higher form.
Higher stage guardians have much better abilities and health, which gives them a boost in survivability.
They also provide more faction points the higher stage form they take.
1. Randalus

A blue wolf spirit with deer horns that appears in the creation legends of the Firran.
As a spirit, it prefers to use powerful soundwave attacks to inflict fear upon the enemy instead of physical attacks,
and provides benefits to its allies.
2. Kuyagdulga

A bipedal guardian with the body of a bear and the head of an owl.
As suggested by its looks, it prefers to use brute force against enemies and is the most destructive of the guardians.
3. Tangemogoi

A flying guardian in the form of an ice snake with wings.
It uses ice magic to enemies nearby and is the only guardian with healing abilities.
Guardian Scramble - Rewards
Guardian Scramble offers 1 Daily Quest and rewards you with Akasch Token Crates for wins and losses.
Akasch Token Merchant has 4 new Titles for sale.
Herstan's Resilience, Yordan's Wisdom, and Gedlon's Strength can now be purchased twice per day.
1. Increased the purchase limit

In addition, the English names of some in-game items will be changed.
You can check the list by clicking [List of main items to be changed].

Lastly
It’s already been over two years since we started our own service in the Asian region. We’ve listened to a lot of opinions and reflected them in game improvements as we directly introduced the service in Southeast Asia and Taiwan, and we will continue to strive to listen to the opinions of Heroes of Erenor.

One-build service will be available soon, and the same version as the Korean version will be updated simultaneously in the Asian region, providing you with unprecedented advantages.

In addition, we intend to run various promotions along with the launch of the One-build service, so please stay tuned.
Thank you.
List